Too much salt is bad for you.. Do you know how much?? 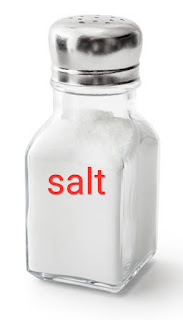 Table salt, which we commonly use to season our food, contains sodium.
Sodium, if often ingested in large quantities, can lead to a range of cardiovascular problems, including hypertension.
The World Health Organization (WHO) say that a person should not consume more than 2 grams of sodium per day, which is about 5 grams of salt per day.
The American Heart Association (AHA) recommend no more than 2.5 grams of sodium per day, though they state that the ideal intake is of no more than 1.5 gramsper day for an adult.
However, researchers from a range of international institutions — including McMaster University and Hamilton Health Sciences, both in Hamilton, Canada, as well institutions from 21 other countries — suggest that these limits are unnecessarily low.
Researcher Andrew Mente and colleagues conducted a study of 94,000 people aged 35–70, aiming to establish how much sodium really is too much for heart health.
Current guidelines, the team notes, push for standards that are unrealistic for many, seeing as salt is often an almost invisible ingredient contained by numerous packaged foods.
Newer Post Older Post Home